Jacqueline Springer (COM346 Race, Gender and the Media and HOM400.1 Black British Music: Exploring Identity through Sound) travelled to Texas over the summer to interview Charley Pride, the African-American country singer who holds 29 US Number One singles, despite being ignored by many in the industry. https://www.bbc.co.uk/programmes/m0009b00

Named Pick of the Week by RadioTimes, and airing on BBC Radio4 at 4:00 pm on October 14, Professor Springer’s interview with Pride will be compelling listening. 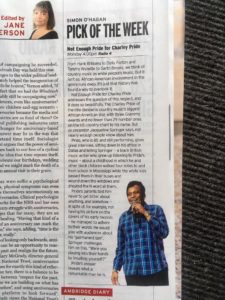