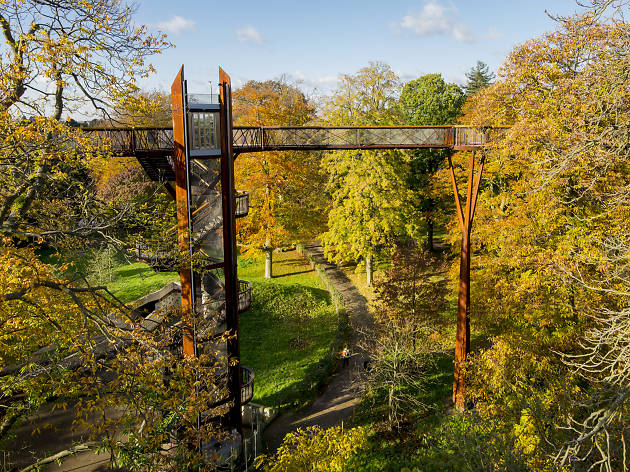 Did you know that 48% of London is made up of green space?
That there’s even a campaign to make London the world’s first National Park city?
So how much of ‘green London’ have you really seen since you’ve been here? I’m sure most of you have become familiar with Hyde Park by now, and maybe even Regent’s Park. But there’s so much more to see and explore and it would be a shame to leave London without venturing into some of its most wonderful outdoor spaces.

Some of you  may already have been to Hampstead Heath with Professor Bury during the Love London weekend.  Now he’s offering to show you Kew Gardens.   Put simply, Kew Gardens is a wonderful park which houses the world’s largest collection of living plants. Founded in 1840 and covering over 300 acres, its living collections include more than 30,000 different kinds of plants, while the herbarium (one of the largest in the world) has over seven million preserved plant specimens.  As well as being one of London’s top tourist attractions, in 2003 it was put on the Unesco list of World Heritage sites.

But aside from facts and statistics it is simply an exquisite garden with magnificent flowers, greenhouses, exhibitions and even a Treetop Walkway 18 metres up in the air and from which you can get birds’ eye perspective of the woodland.

Beautiful in every season, it is particularly lovely in the Fall  – it was voted top of Time Out’s ‘Perfect days out in London this autumn’.   We’re running a trip there on  Friday November 4th, just after you return from mid semester break. Professor Dennis Bury will once again be your guide and you could not be in better, nor more enthusiastic hands. Come sign up in the Program office – a £10 refundable deposit secures your spot.