Syracuse London faculty’s work outside the classroom this fall included Bev Zalcock’s (ETS430.2 Global Cities and World Cinema) and Sara Chambers’ short “My Name is Lola Lola ” included at the Fringe! Queer Film Fest in November at the Rio Theatre, in “Dykes, Camera, Action!” “The world premiere of Barrelstout Production’s zero-budget reworking of Sternberg’s Weimar classic, ‘The Blue Angel’, traces the connection between authoritarian repression and forbidden desire; from school room to night club. The film is the third in ‘The Disobedient Bears Trilogy’, featuring the filmmakers and assorted bears from the Barrelstout studio.”
http://fringefilmfest.com/dykes,-camera,-action.html

an essay by Meghan Callahan (HOA400.1 Women in Art: London and the UK): “Miraculous Images at the convent of la Crocetta in Renaissance Florence,” in Saints, Miracles and the Image: Healing Saints and Miraculous Images in the Renaissance, edited by Sandra Cardarelli and Laura Fenelli, published by Brepols. This article examines how the Dominican mystic Sister Domenica da Paradiso, the founder of the Crocetta convent in Renaissance Florence, interacted with miraculous paintings and objects in her convent to demonstrate her closeness to God . http://www.brepols.net/Pages/ShowProduct.aspx?prod_id=IS-9782503568188-1 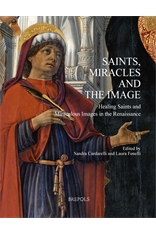 “The article contributes to the discussion of political reasoning in general, and public reason in particular, analysed from the vantage point of comparative political theory. It aims to bring out the complexity and diversity of actual political reasoning, and it serves as a corrective to some over-simplified discussions of public reason, by defenders and critics alike. I argue that the notion of public reason can be extended to and is operative in non-liberal and religious societies, with the acknowledgment that it needs to undergo a methodological metamorphosis in the process. This requires what I call multiple justificatory strategy, which allows the use of different justifications in order to respond to the plurality existing in society. However, there are certain qualifications in the use of multiple justifications. I argue that this leads to two important conclusions, (a) that the functioning of an inclusive notion of public reason requires the strategy of multiple justifications, and (b) it contests the inclusivists’ argument of the end or superfluity of public reason.”